Poway 5th Graders Paint 100-Foot Tribute to Kumeyaay People // The artists included imagery that depicts the school’s values — growth, sunshine, connection and heart — as well as the rich culture of the Kumeyaay people

A colorful mural painted by a group of fifth-graders was unveiled at a Poway elementary school on Thursday to pay tribute to the history of the Kumeyaay People.

Scrawled across the 100-foot mural were the words “Hola,” “Haawka” and “Hello,” to celebrate the connection between the native people and the bilingual Valley Elementary school, which sits on what used to be Kumeyaay land.

Students helped cut the ribbon unveiling the mural, which was designed and painted by the entire fifth-grade class through a non-profit arts education program called ArtReach.

The artists included imagery that depicts the school’s values — growth, sunshine, connection and heart, as well as the rich culture of the Kumeyaay people, including native plants like agave and the prickly pear cactus.

A large anatomical heart is meant to remind everyone to treat people with heart and kindness, the artists say.

Valley Elementary principal Ricardo Ceceña is proud the mural will be enjoyed by people outside of just the school.

“What’s very special about the location that we chose is that it is part of our campus but it is also a shared space,” Ceceña said. “The city of Poway uses our field for after school sporting activities and also weekend activites, so it’s not only going to be enjoyed and inspiring our students but also the community.”

Students were able to keep a print of the mural they helped create along with a new paintbrush. 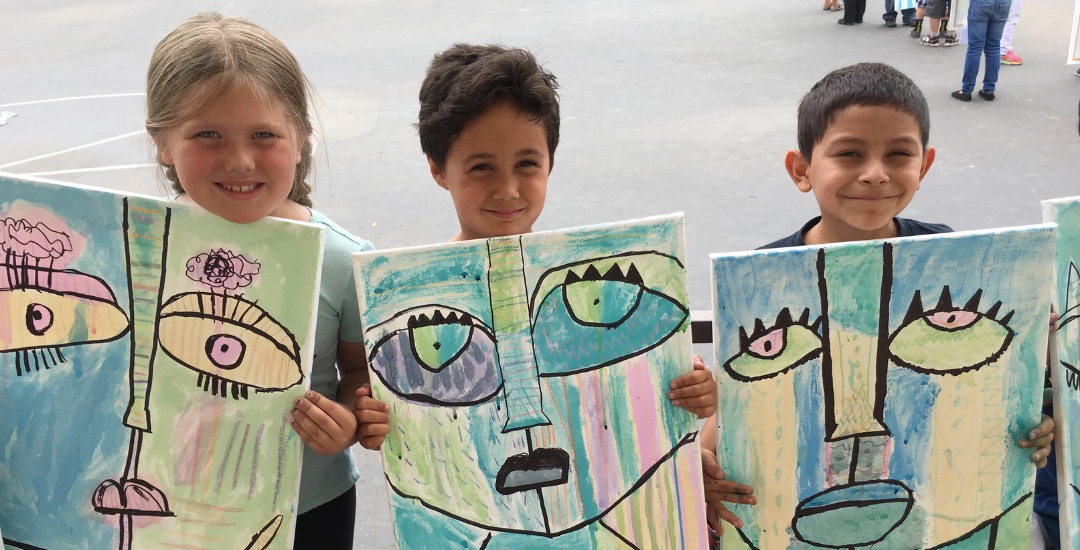 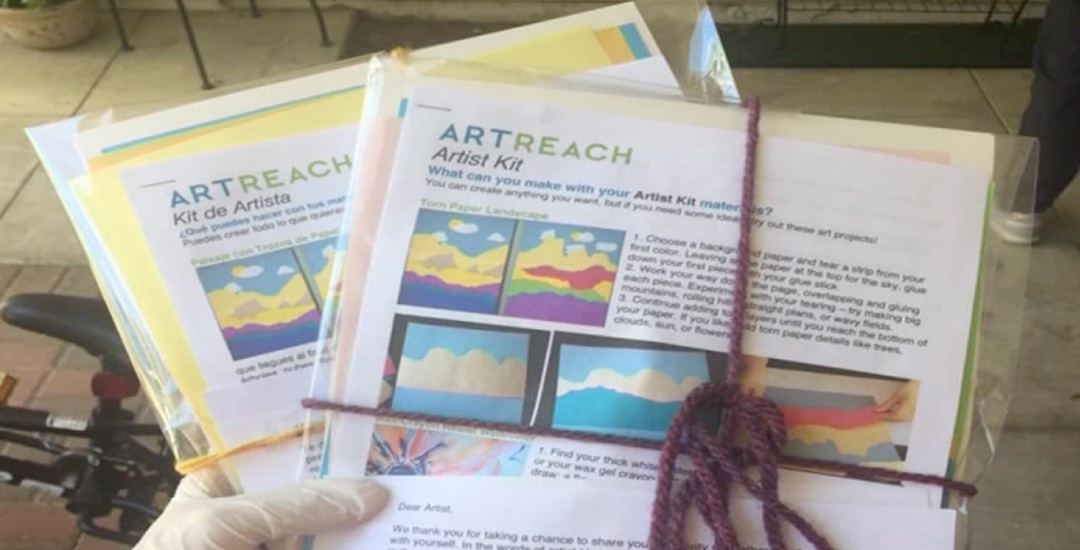 With stay-at-home orders still well under way, one local art program is finding ways for its students to continue their lessons.

ArtReach collaborates with students of Pacific View Leadership Elementary to create a distance mural where students painted virtually via Zoom. 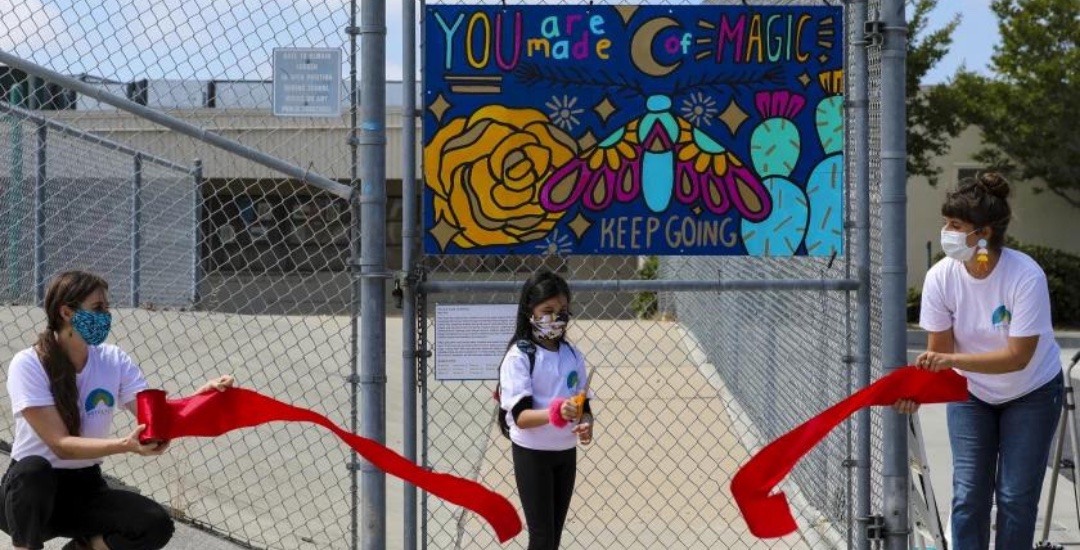 When the San Diego Unified School District shut down all of its schools on March 16 to prevent the spread of coronavirus, nothing about the mural planned for a wall on the campus of the Pacific View Leadership Elementary School in Paradise Hills happened the way it was supposed to.